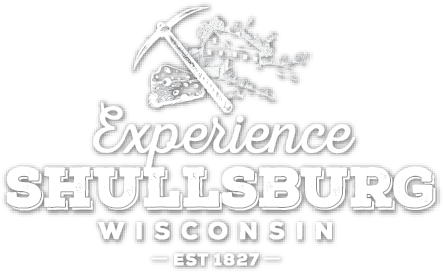 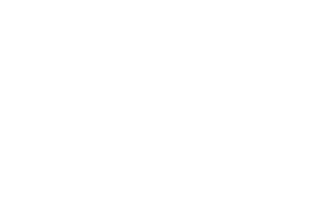 MINING FOR TREASURES IN OUR PAST

Shullsburg is one of the oldest settlements in Wisconsin. As early as 1818, founder Jesse Shull and other American settlers were mining lead in the vicinity to be known as Shullsburg. As lore has it, Shull—a trader working for John Jacob Astor’s American Fur Company—was exploring the area and witnessed a badger digging a hole, unearthing a vein of lead.

As many pioneers discovered, lead mining was more immediately lucrative than fur trading or farming, and lured prospectors to the area to seek their fortunes. The American “melting pot” was certainly on display in Shullsburg: French- Canadians, Native Americans including local Winnebago, French-speaking Swiss, African-Americans, Southerners, Yankees, and neighbors from Southern Illinois co-existed around an economy reliant on mineral lead. Many of these miners lived in caves cut into the hillsides and were dubbed “Badgers.”

In 1827, a “Lead Rush” was in full swing and the population of the area boomed. These prospectors became known as “Twenty-Seveners.” In 1828, Shullsburg boasted a general store, a warehouse, and three wagon trips per day delivering lead ore to riverboats. The Badger Mine became one of the most productive in the Lead Region; mines in nearby Galena, IL, and Shullsburg provided the majority of the nation’s lead for musket balls used in the Civil War.

By 1870, Shullsburg’s population had grown to 2,700. In 1881, a railroad spur came to Shullsburg, making it easier to export lead around the country—and helping to construct many of the fine downtown buildings still standing today. Over time, Shullsburg’s industry diversified into cheese making and farming. The last lead mine in the Midwest closed at Shullsburg in 1980. It is said there are more than five miles of mining tunnels running under the city, allowing the visitor to travel in Shullsburg by walking over, flying over, or walking under it.

HOW PEACE, GOODNESS, AND FRIENDSHIP LIVE

In 1835, Father Samuel Mazzuchelli, a Dominican missionary priest, was sent to serve in the American frontier. He founded numerous Catholic parishes in Iowa, Illinois and Wisconsin. A natural builder, he also designed many church buildings in the region. Among them was Shullsburg’s still-standing, St. Matthew’s Catholic Church (344 N Judgement Street). Father Mazzuchelli also named the streets in the Northeast section of Shullsburg after the virtues of life to live by: Peace, Truth, Goodness, Charity, Happy, Friendship, Faith, Pious, Justice, Wisdom, Virtue, Mercy and Judgement. In 1958, the City Council added “Hope.”

Father Mazzuchelli died in 1864 at the age of 57. His burial site is at St. Patrick’s Church Cemetery, in nearby Benton, WI (8 miles from Shullsburg). In 1993, Pope John Paul II declared Father Mazzuchelli Venerable, thus beginning a step in the beatification process.

“THE ENVY OF ANY CITY”

One of the great assets of Shullsburg is Badger Park. The park was financed through the U.S. Government’s Works Progress Administration (WPA) program in the mid-1930s. Famed landscape architect Phelps Wyman designed the space and supervised the project.

Built on the former “Badger Lot Diggings” lead mine, the park includes 8½ acres of land, as well as the entrance to the Badger Mine, four pavilions, a limestone bathhouse and swimming pool, a stone bathroom, picnic areas, and the Badger Mine and Museum. In 1948, the baseball field had lights erected making it the first lighted field in the region—only one year after Yankee Stadium.

READ THE DETAILS THAT SHAPE SHULLSBURG

The Miner’s Cottage – an architectural oddity found in Shullsburg

The 1943 Mulcahy Mine Disaster

The Spanish Flu in Shullsburg

Behind the Paintings at St. Matthews

BADGER MINE AND MUSEUM

THE NEWS ON THE STREET (SIGNS)

A STORY OF TRUTH

With hundreds of pre-1900 buildings, discover an abundance of structures built with local materials, known as “vernacular architecture.” Architecture styles range from Romanesque to Italianate to Greek Revival to simple miners’ cottages.